An exhibition poster featuring trans artist Cassils was banned by Deutsche Bahn AG from German train stations whose ownership is intermingled with the German government. The railway company has now reversed its decision in response to allegations of homophobia. The real issue is transphobia. 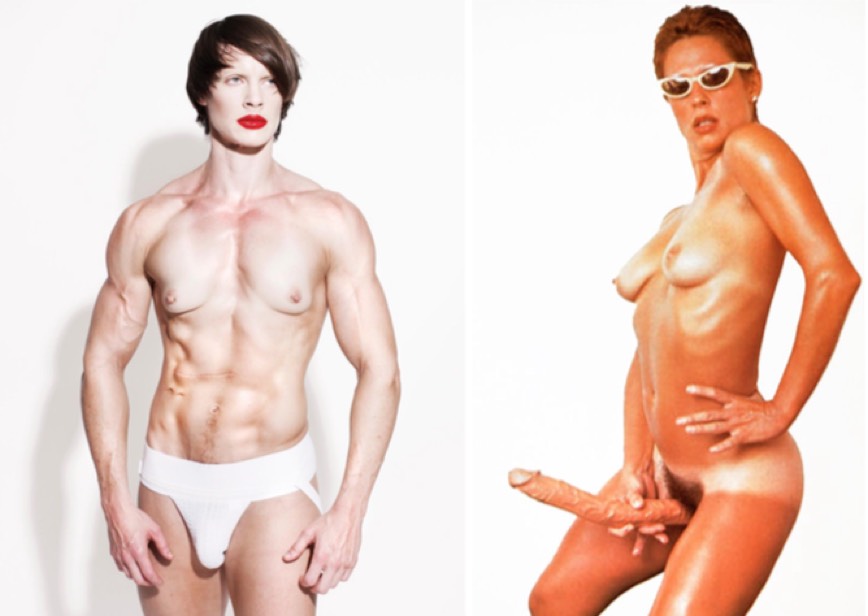 Preceding the opening of the blockbuster travelling exhibition H​omosexuality_ies a​t the ​LWL-Museum fur Kunst und Kultur in Münster, Germany on May 12, 2016, the Deutsche Bahn AG railway company banned the display of posters advertising the exhibition. These posters feature an artwork by artist C​assils entitled ​Advertisement​: ​Hommage ​​to ​​Benglis,​ which had previously been displayed prominently throughout Berlin to promote the original run of the exhibition at the Deutsche Historische Museum (German Historical Museum) and the S​chwules​​ Museum*​.

Hommage to Benglis ​features the artist’s muscular physique photographed in collaboration with Robin Black, at the peak of an 1​60 day durational performance,​ using flesh as sculptural material. Designed to break binary gender boundaries, Cassils presents a trans body that defies easy classification with respect to gender. Advertisement: Hommage to Benglis ​is a direct play on a famous moment in feminist art history, in which artist ​Lynda Benglis​ took out a full page advertisement in the fine art magazine ​Artforum​ featuring a photograph of herself wearing only sunglasses and a double-ended dildo, posed as a pinup. While Benglis’s original A​dvertisement​ acted as a ​commentary on sexist gender-based limitations in the art world,​ Cassils’s H​ommage uses the same strategies to intervene in the gendered policing of trans and non-conforming bodies in the world at large.

The office Media & Buch, which is responsible for the approval of advertisement for the Deutsche Bahn AG, claimed that Cassils’s image is “sexualized”, “sexist” and “pornographic” and therefore does not conform with the guidelines of the German Council of Advertisement (Deutscher Werberat). This faux-feminist opposition to the display of the image is a glaring incident of transphobia, not just homophobia. The phobic response to Cassils’s image here calls to mind broader instances of transphobia which seek to prohibit the presence of trans and gender-nonconforming bodies from public spaces.

In the United States context, this is currently dramatized by recent l​egislation in the state of North Carolina​requiring people to use the public toilets that match the sex they were assigned at birth as opposed to their current gender identity. Contrary to popular hysteria which considers the presence of trans people to be a threat, gender-nonconforming people, especially those of color, are extremely vulnerable to becoming the ​victim of attacks. ​Artwork such as that presented by Cassils is vital to the project of working against transphobia, and the recent attempt to ban these images from the public sphere only underlines their necessity.

After facing criticism for the decision, the Deutsche Bahn reversed its decision regarding the display of the exhibition posters, but since the advertising space in the train stations has already been reallocated, this is an empty gesture. The artist invites you to ​download the banned image,​ print it and paste it over any image you find “sexist” currently displayed in the Deutsche Bahn. 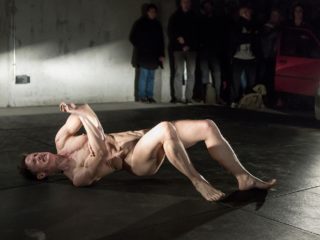 Previous Post (p) PREMIERE: THE POWERS THAT BE @ The Broad Museum, Los Angeles 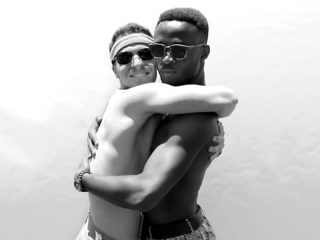