Selections from Cuts: A Traditional Sculpture and Becoming an Image are included in this expansive historical exhibition which explores historical developments in society, politics, art, law, and science since the “discovery” of homosexuality and the future of gender codes and sexualities. Advertisement: Homage to Benglis from the Cuts series was selected as the key art for this major survey, appearing not only on the cover of the catalog but buses and billboards all over Berlin!

“The Body as Social Sculpture” – Artist Talk at the Schwules Museum*, Berlin, Germany

In consort with Homosexualit-ies exhibition at the Schwules Museum*, I will discuss the process, historical contexts, and inspiration for Cuts: A Traditional Sculpture and Becoming An Image and discuss the body as a form of sculpture formed in relation to social expectations. I will be joined by Dr. Dorotheé Brill, one of the curators of the exhibition, for a post-talk discussion.

Unleashing a series of kicks and blows in total darkness to a 2000 pound clay block, my actions are illuminated only by the flash of a photographer, burning the image into the viewer’s retina. Working in the interstices of performance, photography and sculpture, this work was originally conceived as a site-specific work for the ONE Archives in Los Angeles.

I am thrilled to be closing the 2015 SPILL Festival of Performance with the first and only live performance of Inextinguishable Fire, a treacherous “full body burn.” Referencing Harun Farocki’s eponymous 1969 film on the unimaginable reality of the horror of napalm, this performance uses the gesture of self-immolation to highlight both the desire for and the impossibility of truly knowing the experience of violence and trauma. This performance will be followed by an outdoor film screening at the Southbank Centre.

Passes and Tickets on Sale Here! 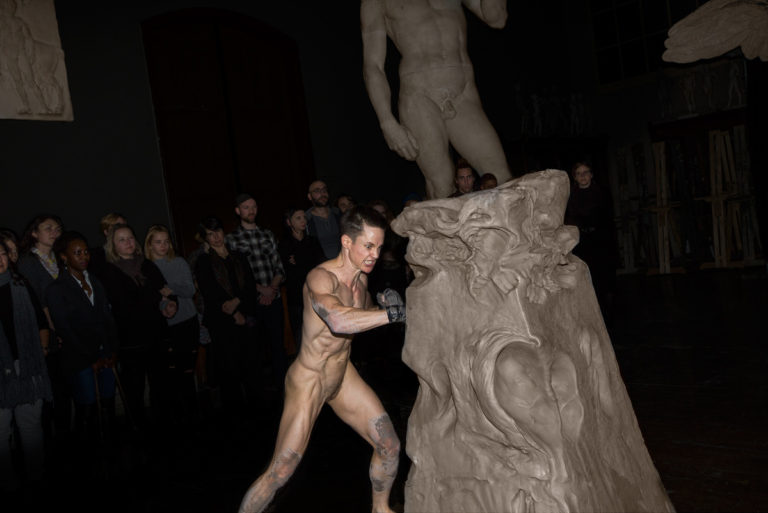 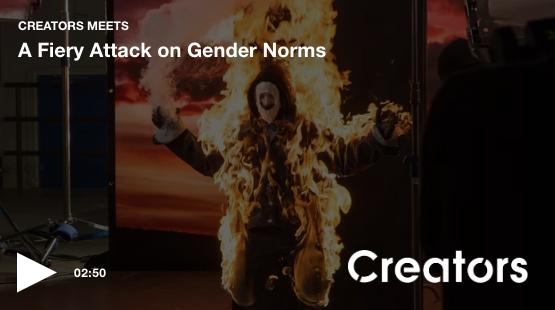 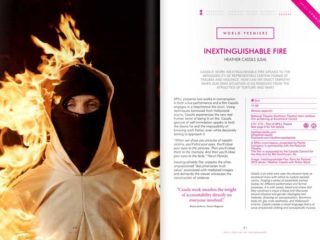