103 embraces, 103 shots, one for each life lost or irreparably altered.

Following the recent mass shooting at Pulse nightclub in Orlando, Florida I was struck by the testimony of one of the survivors, a man who said one of the reasons he did not react immediately to the gunshots was that he initially perceived them as first as the celebratory noises of “fireworks or balloons popping.” I took this narrative as the starting point for 103 Shots, a short film shot at San Francisco Pride with the help of over 200 volunteers. Filmed in Dolores Park, the footage presents stark black and white imagery of a series of pairs of couples and friends bursting a balloon between their bodies with the pressure of an embrace; the soundtrack was created using foley recordings of balloons popping in a cement room. The film references the visual style of Gran Fury’s “Kissing Doesn’t Kill” campaign and the signature typography of Queer Nation. The faces of the film’s participants register affection, surprise, pain, discomfort, and laughter; each embrace is a minor enactment of the disorienting effect of violence in the space of intimacy.

The film, 103 Shots, and the accompanying essay, The Sound of Every Night Life by Performance Studies scholar and Cassils’ artistic collaborator Julia Steinmetz, was released in the Huffington Post’s Queer Voices section. 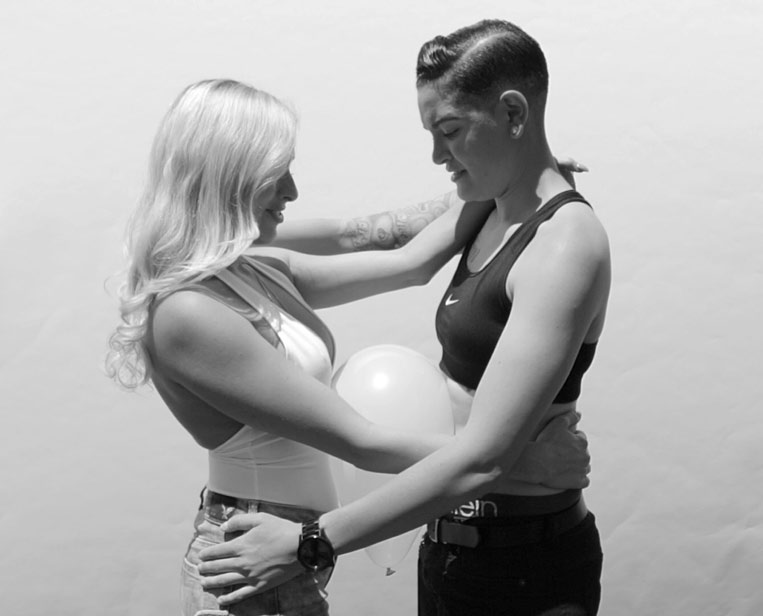 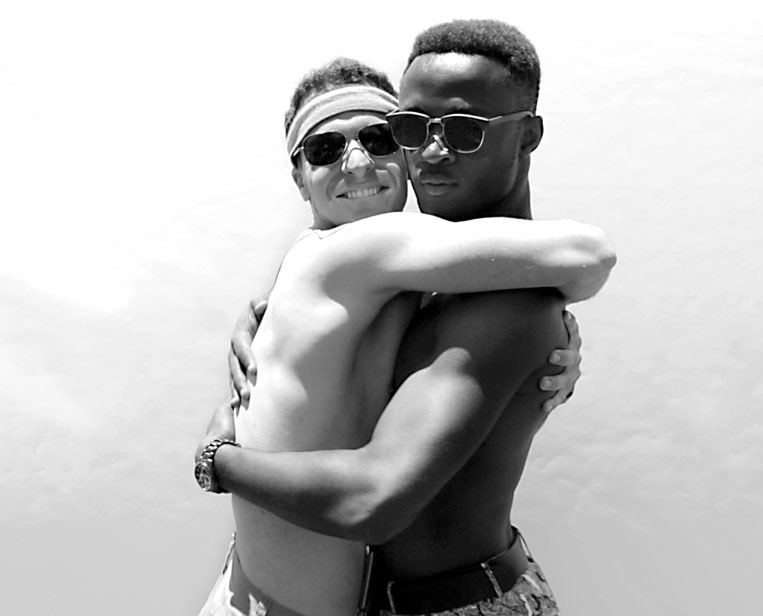 “103 Shots enables us to think about identity differently, it is precisely in the way Cassils captures an ongoing and unsettled processes of becoming, a process pervaded—but not fully determined—by the threat and consummation of violence.”